A person’s sense of control or autonomy is strongly correlated with creativity and innovation.  Indeed, it is a fundamental human need to want to control (stronger for some than others).  Many organizations (e.g. military, large organizations) are highly structured command-and-control environments, with a clear chain of command, and top down, centralized decision-making.  It can be tough for managers to give up control in such environments.  Employees are often conditioned not to think for themselves and do as they are told.  Disengagement ensues.  Creativity and innovation suffer. 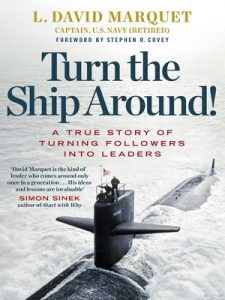 Yet, even in the most tightly controlled environments, such as the US Navy, leaders have found success empowering their organizations.  As David Marquet discusses in his book, Turn the Ship Around,  empowering others in an organization that is conditioned to just do as they are told is difficult, but possible.  As commander of the Sante Fe nuclear submarine, Marquet was able to lead the Santa Fe from worst in fleet to best in fleet by empowering others and delegating decision authority.

How did he do it?  Marquet discusses the 3 C’s necessary for empowerment.  First, your people need clarity. There needs to be a clear vision and purpose–what is our mission, what are we trying to accomplish, why?  Second, your people need competence.  You can have all of the motivation in the world, but without competence, that job or mission will fail.  Give your people the necessary training and support to handle the job.  Finally, with clarity and competence, you are ready give control–the third C. This is the essence of leadership–empowering and delegating control to others, developing them into capable leaders.

So, the next time you want to empower your team, remember — Clarity, Competence, Control.

How are current events affecting engagement of police officers?

To help address this question, Panoptic Insight is conducting the 2016 Police  Engagement and Culture Benchmark Survey of law enforcement departments (municipal, county, state, federal).  This is the first known standardized comparison study of police officer engagement and organizational culture across departments of all sizes. 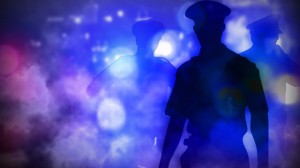 Chiefs of Police/departments interested in participating in the 2016 Benchmark study should complete the information below and a representative from Panoptic Insight will contact you with additional details:

Leadership 360 assessment is a business best practice. It enables leaders to receive feedback from multiple sources including their bosses, peers, and subordinates. Leaders can explore similarities and differences in how they rate themselves and how they are seen by others, and multiple ratings help paint a ‘true’ picture of what one is really like as a leader.

At Panoptic Insight, we have the tools, including a competency database, to help firms develop a leadership 360 assessment customized to their unique needs. So, the next time you administer a leadership 360 in your organization, take control so that the leadership 360 represents what you need and want, not what others say you need.

Servant leadership sounds great, but what does it mean?  Coined by Robert Greenleaf (1977),  Servant Leadership reflects the notion  that the best way to lead is through service to others.  Since then, leadership researchers have attempted to categorize the elements of what it means to be a servant leader. Dr. Robert Liden and his colleagues have developed a 9-dimension framework for Servant Leadership that includes the following:

This framework is useful because it gives leadership development experts tangible guidance on how to develop servant leadership skills in their employees.   Perhaps it is time for your organization to systematically build a culture of Servant Leadership!

We are often led to believe that to make it to the top in organizations, one must be ruthless, or, at a minimum, have a competitiveness and drive that is likely to be seen by others as off-putting or abrasive.   The late Steve Jobs, former CEO at Apple, or Al Dunlap former CEO at Scott Paper and Sunbeam, for example, have often been characterized as fiercely competitive, task-focused, and perhaps at times, ruthless as leaders.  “Nice guy” is not something that is associated with leaders like Steve Jobs or Al Dunlap.

In his book, Give and Take  (http://www.amazon.com/Give-Take-Helping-Others-Success/dp/0143124986), Grant groups workers into three categories: takers, matchers, and givers.  Takers think of themselves and are focused on their own self-interest.  Matchers seek fairness (e.g., “I scratch your back, you scratch mine”).  Givers are selfless, benevolent colleagues.  Because of this, givers are able to influence through what Raven and French’s (1959) classical power framework refers to as referent power.    This referent power enables Givers to develop a deep and broad social network—expanding their social capital and positioning them to lead organizations for the long-term.

Darwin Smith, the late CEO at Kimberly Clark, epitomizes the selfless leader.  He led Kimberly Clark to unprecedented success over a twenty year period from 1971-1991.  Highlighted in Jim Collins’ classic, Good to Great, Darwin Smith’s humility and recognition of his people helped explain why Kimberly Clark was a leader in its industry and eventually owned Dunlap’s Scott Paper Company.

As you consider your own leadership approach, don’t hesitate to be nice.

Corporate Destination Retreats, or the leveraging of creative offsite destinations and experiences as a means to catalyze learning, energize teams, and launch change efforts, is a highly effective, but underutilized approach to employee growth and development and organizational change efforts.

Companies have utilized destination retreats successfully to launch initiatives in areas such as:

Corporate destination retreat settings include historical or other significant locations as well as places of natural beauty and inspiration.

There are several compelling reasons why corporate destination retreats are effective:  First, employees, teams, and organizations learn through novelty and immersion.  New surroundings cognitively prime individuals toward discovery and active participation and learning tends to stick.  Second, both nature and history can invoke images that are inspirational and transformative.  For example, learning about leadership by studying leaders from the hilltops at Gettysburg or the shores at Normandy trigger passions that can’t be replicated in a corporate or hotel conference room. 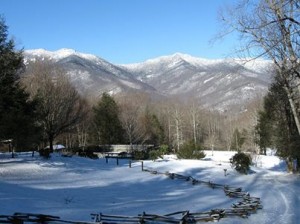 Similarly, being disconnected from technology and connected to nature can inspire passions and help organizations find their purpose and path forward.  Third, it is tough to “think outside the box” when you are in the box—the politics, distractions, and bureaucracy of the office suffocate ideation and risk taking.  Indeed, corporate meetings held onsite seldom unleash the honesty, creativity and risk taking that companies seek.   Fourth, employees come away energized and prepared to act on the action items.  Indeed, the corporate destination retreat, in addition to helping solve real business problems,  is a company benefit that can be leveraged to incentivize and attract high potential leaders.

Be forewarned, however, success isn’t simply a matter of showing up.  Planning, goal setting, and professional strategy, leadership, and team facilitation help ensure a corporate destination retreat is successful.   So, the next time you need to develop your team or launch a major change initiative, consider taking your team on a ‘get away from it all’ inspirational experience that can catalyze such efforts.

A company’s human capital (it’s bundle of knowledge, skills, and abilities) and social capital (the internal and external social networks the organization possess and the goodwill that exists within those networks) are unique.   Because of this uniqueness, a company can leverage these capital resources for competitive advantage.  Often this advantage manifests itself in the culture of the company, and in particular, its innovation culture.

Most firms realize the need for an innovative culture, but don’t know how to get there.  Indeed, organizational change, particularly when its focused on culture change, is hard.  Fortunately, there are tools and frameworks available to help your organization chart its course toward a more innovative company culture.  Building off of the research of such notable innovation scholars as Clayton Christensen at Harvard, Edgar Schein at MIT, Jay Rao, Joseph Weintraub, and others (Tellis, Prabhu, Chandy, Denison, O’Reilly), our team at Panoptic Insight can help you get there.  For additional insights see: Rao & Weintraub innov culture